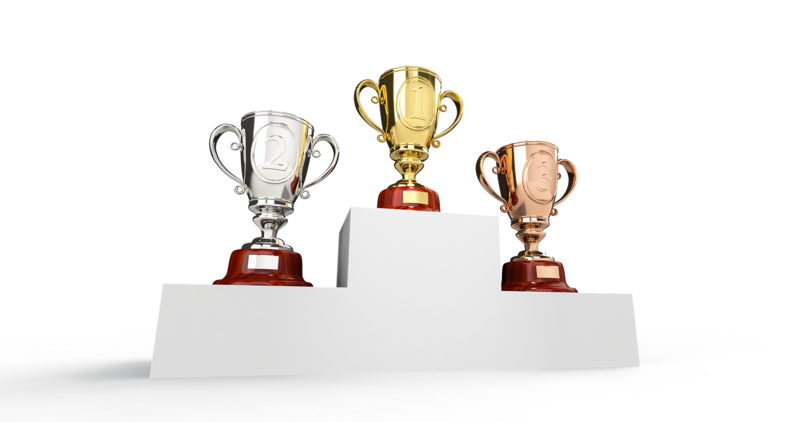 The winning essays of the current VELA scholarship holders

For the winter semester 2021/2022 we have again announced a scholarship and are now pleased to announce the winners! Due to the large number of very good applications, the jury has now decided on 3 winners. The 1st place receives 900 €, the 2nd place 600 € and the 3rd place 300 €.

You can read about who convinced our jury with their essays here.

Who am I? I am Polina Shilikhina, a 25-year old international student from Russia. I've been living in Freiburg for seven years and last winter semester I successfully completed my bachelor's degree in Mathematics at the University of Freiburg.

What am I doing at the moment? At the moment I am in the first semester of my Computer Science master’s degree at the technical faculty of the Albert-Ludwigs-Universität Freiburg.

What are my current projects? After my successful bachelor thesis (1.0) with the topic “Reinforcement learning algorithms implemented on 3D printed robotic hand”, in my free time I am developing a 3D open sourced prosthetist shown in the picture below. I believe that a project of this kind can positively change life for many people. If I can contribute to it, I will be very happy. This hand was presented by my colleagues and me at the international OAKD competition, which you can see here: www.linkedin.com/feed/update/urn:li:activity:6831890825585160192/

In addition, for a number of years I have been tutoring a girl who is now in the eighth grade. I am trying to convey the beauty of technology to her for free. I have always been fascinated by technology, but unfortunately, I had no support in my childhood to recognize it at an early age. Together we work on many projects and learn to solder electric circuits and program in a playful way. The following photos show our last two projects that we have built together:

I am convinced that if young women learn about the beauty of technology at an early age through voluntary work, they are much more likely to embark on an academic career in the technical field in the future. This is especially important if the parents, as in this case, have no technical skills.

Why should I get this scholarship? As you can see, I have the great projects to do. Also, I have started learning Dutch and I am fascinated by this language. It is really hard to combine all this with my multiple jobs and my studies. As for my studies, since I am not a EU citizen, I have to pay 1661 € for every semester and pay for my living expenses. The Vela scholarship can help me to reach all my goals without having to neglect my studies.

Friedrich Nietzsche once said: “He who would learn to fly one day must first learn to walk and run

and climb and dance; one cannot fly into flying”. I quoted this phrase because it highlights how a person builds themselves up, and it reflects the path I have followed to structure myself and

accomplish my dreams; dreams that I would like you to sponsor. I learned to walk in the bosom of my family in Colombia, where I developed a passion for knowledge.

My mother was a biologist and a teacher, my father is a chemical engineer, and my elder brother

followed in his footsteps. They all inspired me and were good role models. I grew up surrounded by

them, I examined and adopted their devotion to follow and explore personal interests.

Then I had to pursue the running. I come from the country where Fernando Botero and Gabriel Garcia

Marquez wowed the world with their art and stories. Colombia is a beautiful country, but also full of

contrasts. It has been tremendously hit by violence and corruption. These problems have impacted its

economy and today the number of people on the poverty line, is equivalent to the population of the

Netherlands, about 17,5 million people (according to the World Bank). As several young people in

Colombia, I learned to run, but it was clear that I needed to run faster to overcome the limits imposed

Subsequently I was climbing. At first, I studied Industrial Engineering. This bachelor’s degree gave

certification industry. I learned about the needs of the Colombian industry and how to improve the

quality of products and the manufacturing processes. However, I felt I could have a bigger impact on

the context in which I lived, and so, I questioned myself. As a result of reading and reflexion, I aligned

my passion, vocation, purpose, and sense of gratitude with life to dedicate my capacities to work on

the global challenge of implementing sustainable mobility in cities.

Then came the best part of my life because each new step had sense to me. I called this part learning

to dance. I did a second Bachelor in Electromechanical Engineering and gained two scholarships for

being the best student and I got a meritorious final thesis. I learned English and started to learn

German, I have built up 13 years of experience, the last 3 focused on designing and implementing

Renewable Energy projects for different industries, aimed at reducing their carbon footprint and

energy costs. Now I am a second semester student of M. Eng. Renewable Energy and E-mobility at

Throughout the years that I had lived in Bogota, a city with 7.2 million of population, I observed how

most of commutes last between 1 and 3 hours. Public transport is fossil-fuel based, with buses being

major problem of CO2 emissions and air pollution, which kills nearly 65 out of every 100,000 people

in low- and middle-income countries every year (according to the World Health Organization). Thus,

sources, pollution will decrease, and citizens would have better health conditions and a considerable

improvement in their quality of life. For this reason, I came to Germany, to gain knowledge in

solutions I could bring to Colombia, and other countries where it would also be of great benefit.

Currently, I am at the point of wanting to learn how to fly; I am in Germany on my own, with limited

economic resources, and I have dreams, that your support through the VELA scholarship would be a

great help in realising. I would like to research the implementation of a combination of public

solutions to improve sustainability and quality of life of the citizens.

Dear Vela Team, 01/09/2021 I hope this letter meets you in good health. I was thrilled when I heard about the VELA scholarship. Despite my excitement to be joining the University of Freiburg as a Graduate Computer Science Student this fall, I continue to have significant worries regarding my finances while studying. I hope that this letter could help explain how I qualify for this scholarship and the significant effects that it would have on my graduate school experience and career as a student from Lebanon.

Growing up in Beirut, I have always had a passion for programming and artificial intelligence (AI). I was lucky to be selected for a full need-based scholarship to complete my undergraduate degree in Computer Science at the prestigious American University of Beirut. Shortly after my graduation, I started working as a software developer at “GlobeMed”, a leading third-party administrator company in Lebanon. Through this position I was able to put most of my studies into practice while being introduced to the complex and intriguing world of insurance companies. I made it a goal to save a significant amount of my salary to be able to pursue graduate studies in Germany in the year 2020.

When my savings reached the needed budget, the ongoing economic crisis exacerbated exponentially in Lebanon and all dollar bank deposits became illegally inaccessible overnight. Lebanese people including myself were left with a devastating dramatic reality: Our hard-earned dollars are hostages to a corrupt failing country. The months that followed included an unprecedented collapse in the value of the Lebanese currency where it lost 90% of its value, hyperinflation, total blackouts, lack of medications, lack of gasoline and the third worst explosion in the history of humanity which wiped off half of my hometown and house.

While leaving Beirut to pursue an evolving career was a plan I made years ago, I never expected to be with no savings when it was time to leave. In the months following the Beirut blast, I found solace within books about technology, economics, and philosophy. As I spent my days in the library of the American University of Beirut, I came across a book called “The Black Swan”. Through this book, I started understanding the impact of highly improbable events throughout history. I soon realized that the collapse of my country and the loss of my savings could be the start of a beautiful new era in my life. Determined to find a better life, I made it a priority to complete many relevant and free computer science certificates online. I built my LinkedIn profile and started searching for the best graduate programs in computer science. After a year of self-development, I burst into tears of joy as I read my letter of acceptance to the University of Freiburg.

I was allowed to access my savings but only after they lost 70% of their original value. I am spending all this money to finance my first year in Germany to start off my graduates’ studies. I am taking that risk with the unwavering belief that pursing my passion in computer science and AI in Germany will allow me to shine away from the corruption and the conflict in my hometown. Completing this masters program will put me on the path to work in the field of AI in healthcare and insurance where I will use my education and work experience to contribute to the fourth industrial revolution in a leading country like Germany.

I hope that my background and persistence have showed the impact that the VELA scholarship will have on my career. The German government and private institutions have always been generous donors to students coming from areas of conflict and severe scarcity like myself. This scholarship will not only help me meet basic needs but also motivate me to thrive and rise from my challenging reality.

I hope to hear back from you, and I am ready to provide any references if needed. Thank you for your consideration,

The call for applications will be announced on our website as well as on our Facebook channel.